We’re celebrating Cleo’s birthday early this year and as usual, we’ll always ask the kids what they would like to do for their birthday. Last year Cleo’s was into cars, but this year she wanted balloons and Carebears. 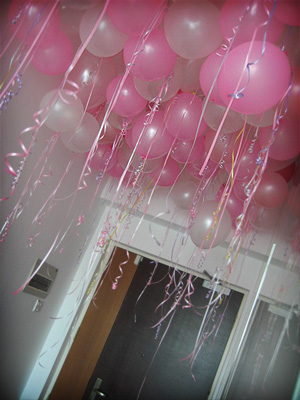 Mommy rented a helium tank and filled the ceiling with pink and white balloons. That was such a sight. 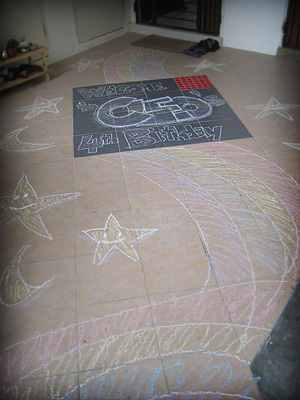 Daddy took some sidewalk chalk and drew directions from the lift door into our house. The idea of rainbows was clearly a thing I had to do as that was such a Carebear thing. 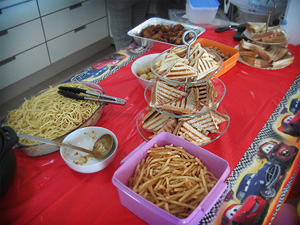 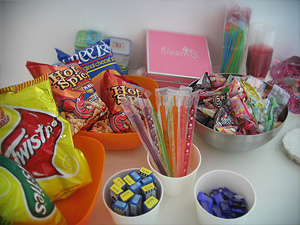 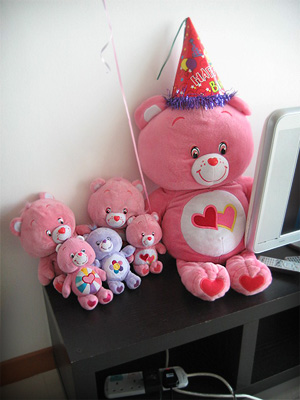 Cleo had loads of Carebears and for her birthday we got her the biggest one. 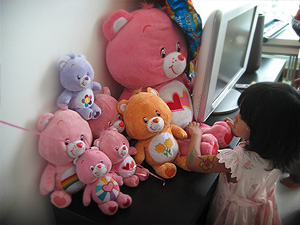 One of her friend even got her another Carebear. How cute. So now I think there is a small Carebear village in our house. lol…

hello! can i just check with you where did you rent the helium tank from and how much does it cost?

i rather not recommend. it was a bad experience as we were promised the tank was able to blow 100, but it only managed to give us < 40.

[…] celebrated her birthday recently at home. We also planned for an extended celebration at Sentosa as Cleo LOVES […]