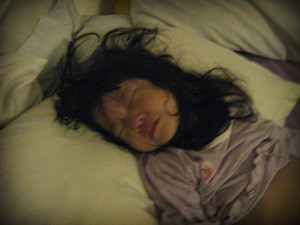 Its lights on and changing time, we literally picked her up and change her like we are changing a pillow case cover. The word she kept repeating, “Later! Later!”, that was really funny. 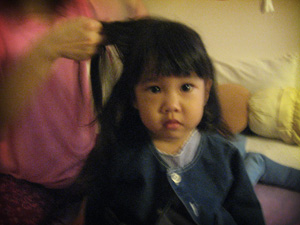 After a basic wash up, mommy tied 2 plaits for her and she is ready for her first day for nursery. 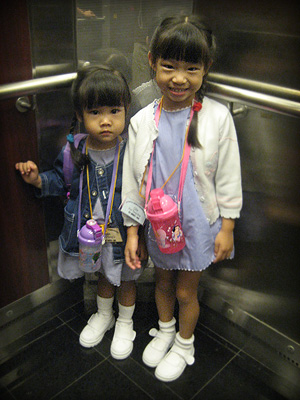 It’s a good thing that both girls go to the same school, they will take the same school bus, leave and arrive back home the same time. Also its good to know that Cleo will be able to see Clie in school at times and its not so lonely there. 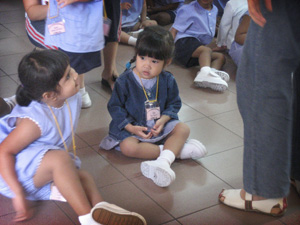 I think the whole concept of school / nursery is still quite new to Cleo, she don’t really know whats happening. I mean, if you put yourself in her shoes, it’s a huge difference from staying home everyday as compared to coming together with so many strangers. Also not knowing whats next and not knowing that this is not a one off thing, I really wonder what she is thinking while we were peeping thru the window while she was having assembly with all the other kids in the school. 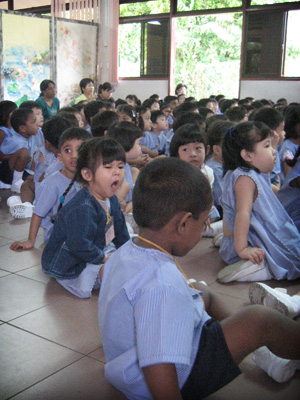 Her attention span is short and I don’t blame her. She don’t even know what the teachers are talking about and she is sleepy, she is so not the morning kid. 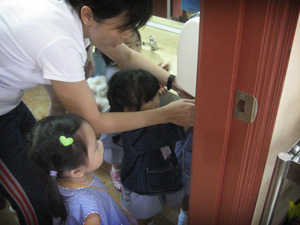 After assembly, its back to class for some snacks and not without first washing hands. Cleo queues up for her turn at the hand dryer before leaving the kids loo. 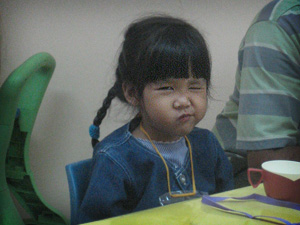 She knows we are just at the window and starts to wink at us. This is our special signal.

This will be the place Cleo will be spending her time till she hits 7 and move on to primary school. Although she is only 2+ now, it feels as if time is passing very fast, way too fast.